Today I will be summarizing and discussing the first chapter of Kim John Payne’s book, Simplicity Parenting. In a world where childhood seems to be flooded with too much, too fast and too soon Payne helps parents clear the way to a simpler, more connected and whole-hearted family life. After reading this book parents will feel empowered and ready to declutter spaces, establish stronger home rhythms, cut down on screen-time and most of all to slow down and prioritize meaningful moments with their children. Most remarkably, the book is truly applicable for all families regardless of their diverse faiths, backgrounds and values. It is completely free from dogma and instead, offers practical and adaptable advice to all.

Chapter One: Why Simplify?

Payne starts the book with the story of an eight-year-old named James whose parents were both working professionals and very involved in world issues and politics. James was not sleeping well at night and he had stomach pains seemingly unrelated to his diet. James was described by his parents as cautious and mature. Payne advised his parents to completely eliminate James’ exposure to adult talk and media. “They aimed to keep their discussions of politics, their jobs, and their concerns to a time after James went to bed.” p.4 Over a period of a few months, James improved dramatically- he was more adventurous, his appetite increased and he was markedly more social, creative and courageous. But, as Payne asks, “Was all of this directly attributable to the changes James’ family made?”. His answer is no, and yes. The changes absolutely helped, but what’s more his parents brought an awareness to their parenting that they hadn’t in the past.

Quite Simply: By simplifying we protect the environment for childhood’s slow, essential unfolding of self. p.6

Payne then goes on to describe his working background- in his early twenties he was involved in social work at refugee camps in Jakarta and Cambodia. Later on he worked in the UK in a number of private schools as a counselor seeing children diagnosed with ADD, ADHD, OCD and ODD. It finally dawned on him in the early 90s that the treatment plans he was developing for these Western children was the same as the ones he had developed for children suffering from PTSD in Refugee Camps.

Quite Simply: Our society- with its pressures of “too much”- is waging an undeclared war on childhood. p.8

Payne called this new psychological imbalance “cumulative stress reaction” or CSR. The level of stress described by CSR is different from regular everyday stressors in a child’s life in that it is consistent and frequent. Constant CSR affects a child’s resiliency. CSR is caused by “a daily life submerged in the same media-rich, multi-tasking, complex, information-overloaded, time-pressured waters…”p.10

Payne calls for a reexamination of at what is stake- childhood and consequently our children’s well-being. He asks not that we as parents make changes out of fear, but because we have a vision for our family: a dream “of the comfort of a family where each member could be their authentic self, well known and well loved.” p.16 He believes making simple changes will provide our children with greater ease and well-being.

Payne often begins his “Simplification Regime” by decluttering children’s (and sometimes adults’) spaces around the home. He has found that by simplifying the environment a space is created in a family’s “habit life and intentions”. p.23

He points out that a child’s natural quirks can be turned into disorders when cumulative stress is too much. For example, a child has the endearing quirk of collecting things- with stress this can lead to OCD (obsessive compulsive disorder). A child who has a quirky fiery nature when faced with too much stress can be labelled as ODD (oppositional defiance disorder).

Quite Simply: Stress can push children along the behavioural spectrum. When you simplify a child’s life on a number of levels, back they come.  p.26

Payne embarked on his own study to prove the effectiveness of his simplicity regimes. He and his researchers took 55 children diagnosed with attention difficulties and devised a simplification plan with an emphasis on simplifying environment (including diet), screen media and schedules. They found the “68% of the children whose parents and teachers adhered to the protocol went from clinically dysfunctional to clinically functional in four months and a 36.8% increase in academic and cognitive ability.” p.28 These children were treated with no drugs whatsoever. They repeated the study again with very similar results. Payne speaks of the research done in the field of neurology and affirms that the evidence of our brain’s plasticity offers hope to parents who are tired of messages of genetic and chemical pre-determinism.

Quite Simply: Our children come to us with a deep destiny that needs to be honoured. p.33

What we bring to our attention, presence and focus to is what becomes our reality. With simplification we are realigning our daily lives with our family’s vision and values.

Finally, Payne shows us where to start. He advises we begin with imagination: imagining a life and home that moves slower, is less cluttered, and where we have more time and space to be together and honour one another.

What did you insights did you gain from this chapter? Could you relate to stress as a trigger for behavioural problems? Have you noticed when your children are overstimulated or over-scheduled that their behaviour changes? How?

DISCLOSURE: This journal entry contains a link to Amazon.com. Meagan from Whole Family Rhythms is a participant in the Amazon Services LLC Associates Program, an affiliate advertising program designed to provide a means for sites to earn advertising fees by advertising and linking to Amazon.com. amazon.ca and amazon.uk Thank you for your support. 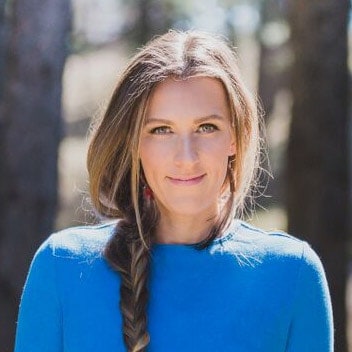 Meagan Wilson is a parent educator and author of the now-retired seasonal series of Whole Family Rhythms. After finishing a BA, she went on to complete her Foundations in Steiner Education and Anthroposophy at Sydney Steiner College, as well as her Waldorf Early Childhood Certification at the Rudolf Steiner Centre in Toronto. She has received her certification as a Simplicity Parenting Family Life Coach and has supported hundreds of parents to create a strong family rhythm unique to their own values and culture. She has four young children. Meagan provides resources, support and information to parents who are looking for a bridge to cross between their unique family life and their children’s (often but not always) Waldorf schools.